Are you guilty of any of these dog crimes?

Despite our love of dogs, we humans sometimes do things that annoy the heck out of them. Though almost always unintentional, these things can nevertheless be irritating or even detrimental.

Just as many dogs don’t initially grasp that certain canine behaviors might annoy us—sniffing a person in a private spot or jumping up on strangers come to mind—we too make gaffes that can worry, annoy or even anger our dogs.

The following 8 annoying human habits are common breeches of canine custom. Might you be guilty of a few? Read on to see if your rapport with dogs could use some improvement. 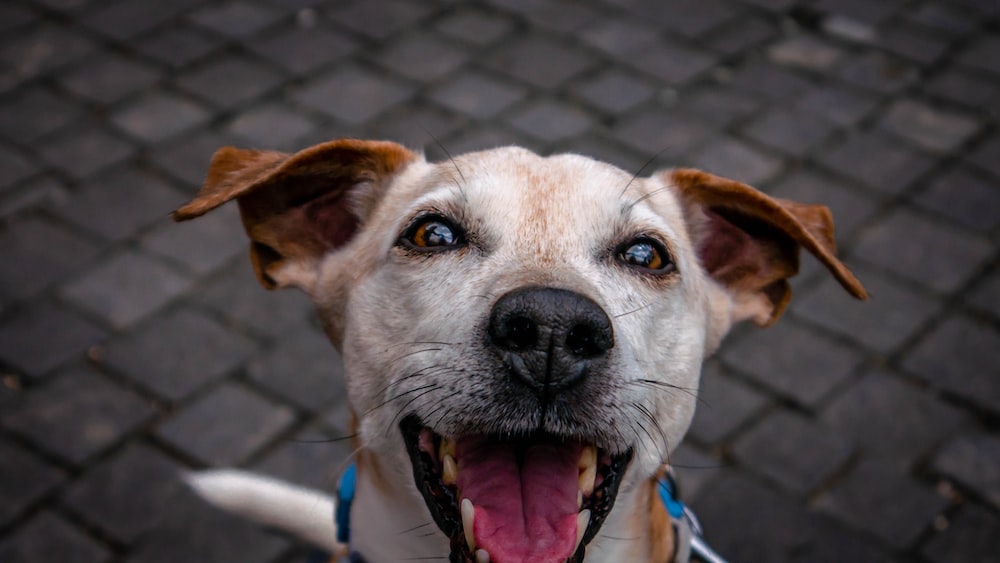 To a dog, stares often translate to challenge. Just watch your dog when he spots a squirrel—her level of fixation isn’t friendly interest. The last thing you should do is stare too long at a dog. Though you’ll probably have no problem with your own dog (note they still likely won’t love it), with others it might be interpreted as a challenge. Instead, ask people to look into your dog’s eyes for only a few seconds then break off. And never stare into the eyes of a dog who seems worried, edgy or aggressive!

Your dog probably won’t mind regular hugs from you. But many dogs get annoyed at tight hugging, especially from strangers or children. Unlike primates, canines have no history of grasping each other to show affection. In fact, when a dog puts its paws or body onto another dog, it is usually an attempt at domination or control. So, unless your dog eagerly enjoys being hugged, tell friends and family to opt for gentle petting instead.

Yelling is interpreted by your dog as angry barking, which to her means trouble. As a training technique, it works poorly to shut down bad behaviors and only serves to scare, confuse or agitate. Instead of yelling, stay calm and think tone. A deep tone to your voice means, “Hey, I’d like your attention,” while a lighthearted tone means “Good job!” or “Let’s play.” By adjusting vocal tone instead of volume, you’ll get your dog’s attention without annoying or scaring her.

Children can be especially guilty of teasing a dog. Barking back at them behind a fence, pulling on tails or ears, or even chasing after or wrestling with an unwilling dog are certainly annoying and can make dogs shy, insecure or even aggressive. Moving a dog’s dish while he eats, playing keep-away without ever letting the dog have the toy, or even endless laser pointer sessions can drive a dog bonkers, so lay off the teasing and be sure to reward your dog quickly after he performs a behavior correctly.

5. Too Much Alone Time

Dogs are social animals and you and your family members comprise your dog’s pack. Dogs left alone in a home or yard for ten or more hours each day can develop a myriad of behavioral and psychological issues, including separation anxiety, excessive barking or digging, destructive behavior, or escaping. They can even lose housetraining skills and in the process trash your home.

Your dog is a member of your family and, as such, needs to spend time with you. If you work during the day and no one else can be home, ask a friend or neighbor to stop by once each day to take her for a walk. If that’s not possible, be sure to spend quality time with her when you return. A walk, a round of fetch—whatever makes her happy. When you are home, let your dog be around you. Interaction with others is critical to your dog’s wellbeing, so, however you do it, get her some company.

I was dreaming, dude! Even the nicest dogs hate to be awakened suddenly. Older dogs especially, who tend to sleep more deeply, and those whose impaired hearing might not allow them to hear someone’s approach can get scared by the sudden presence of a person touching them. Let your dog wake up naturally, without touching them or sneaking up. Children especially should be taught not to disturb a dog while he sleeps. You wouldn’t like being shocked out of a good dream. Why would your dog? If you do need to wake your dog, do so slowly, quietly, and gently.

Your dog will be wary of new animals entering your home. It’s a result of his natural, normal instinct to protect his home turf. But some people, thinking that all dogs instinctively love other dogs, let friends bring their dogs over for impromptu visits. This can annoy even the most congenial dog and might incite a skirmish.

Instead, first introduce any strange dog while on a walk. Then bring the new dog into your home on leash and have them both perform down/stays for a few minutes. Reward with treats then let them calmly interact. Pick up toys and chews beforehand to minimize arguments. If you have a fenced yard, let them then go out and burn off some social steam.

One aim of every dog trainer is a loose-leash walk, which shows that the dog is paying attention and focused. But most dogs today seem to drag their people down the street, the leash stretched tight behind them. This means that not only is the dog not paying attention, but also has constant tension on his collar or harness, which can lead to health problems. Though the dog technically creates the tension, it nevertheless annoys her.

Teach loose leash walking by changing the direction and speed of your training walks often and unpredictably. As soon as your dog seems to lose focus, do an about-face and walk the other way, keeping the leash as loose as possible. Slow to a crawl, speed up, circle left or right— whatever she isn’t expecting. When she responds to these position and speed changes, reward her with a tidbit that can be eaten on the move, with her beside you. You’ll soon have a focused, happy dog at the end of a loose leash.

The Ultimate Guide to Grooming and Bathing Your Dog